Called the Centennial Campaign for Moretz Stadium, the $18-million renovation will touch every aspect of the stadium. Improvements will include new and enhanced grandstands, new entrances on the west and east sides, new LED lighting, new concession stands and restrooms, two new video boards, new press box, and a new fieldhouse for the men’s and women’s lacrosse teams.

In addition, there will be eight luxury suites and a club VIP seating area, making Moretz Stadium one of the few Division II schools with suites and club seating. The renovation is scheduled to be completed in time for the fall football season.

“The support we have received for the Moretz Stadium renovation has been tremendous,” said Kim Pate, vice president for athletics. “Bear Nation has truly stepped up to make our bold vision for Moretz Stadium a reality.” 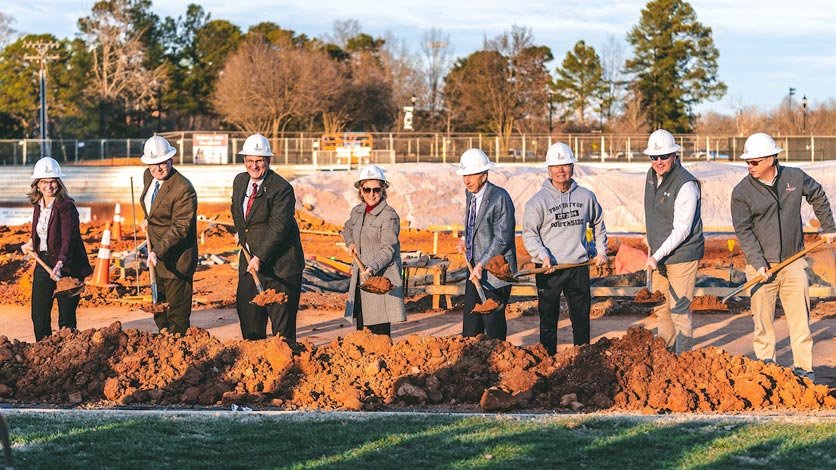 This is the first major renovation to Moretz Stadium since 1989 and will significantly improve the game-day experience for our student-athletes and fans.

Head football coach Mike Jacobs said that the renovated facility would make LR among the best in Division II and benefit all student-athletes. “This renovation will showcase that the excellence we expect on the athletic field is matched by the excellence we have in our academics,” Jacobs said.

The ceremony was attended by members of the Lenoir-Rhyne Board of Trustees; the Moretz Stadium Campaign Committee, including co-chairs John Moretz and Rhett Durham; and city of Hickory officials, including Mayor Hank Guess; and state Senator Dean Proctor.

Pre-construction work began at the end of 2021 and included the demolition of the press box structure, videoboard, east side restrooms, and removal of the west side bleachers.

You can learn more about the renovation at www.lr.edu/moretzstadium. 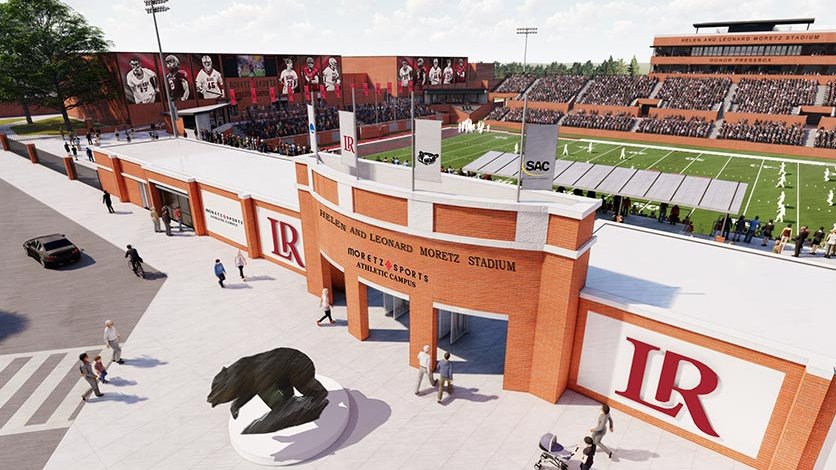 The renovation of Moretz Stadium, which has been part of the LR community since 1924, and the creation of the Moretz Sports Athletic Campus will take LR Athletics to new heights.