The Lenoir-Rhyne University Board of Trustees has renewed the contract of Dr. Fred Whitt, LR president, for a six-year term running through Jan. 1, 2028. 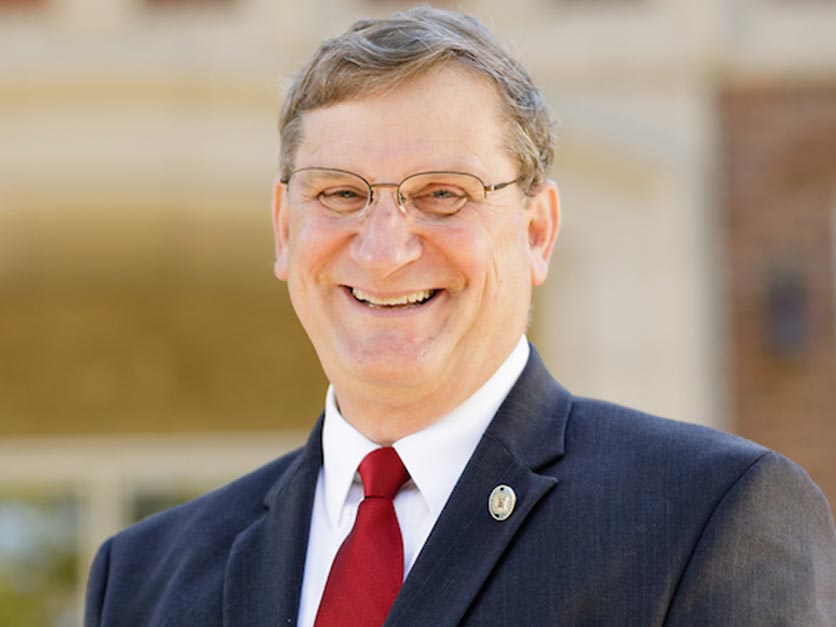 The Lenoir-Rhyne University Board of Trustees has renewed the contract of Dr. Fred Whitt, LR president, for a six-year term. The board unanimously approved the new contract at its meeting in November; the contract became effective Jan. 1 and will continue through Jan. 1, 2028. The board also unanimously approved a resolution fully supporting President Whitt, his leadership and the direction he is leading the university.

“The Board of Trustees strongly supports President Whitt,” said Madeleine Dassow, chair of the Board of Trustees. “His authentic and transparent leadership style has resonated well among the LR community and constituencies. In addition, he has developed very positive collaborative partnerships within our community and has been an advocate in supporting the entire Unifour region. We are delighted he has agreed to remain as our president for the next six years.”

Whitt’s accomplishments in his first five years have been significant. Under his leadership, the university has developed and implemented a new strategic plan; increased the endowment to a record high of $145 million, making it one of the highest among private schools in North Carolina; created the LR Promise to increase enrollment accessibility; secured more than $22 million in external funding for new projects and improved facilities; launched the first doctorate degree at LR; expanded diversity, equity and inclusion initiatives; and led the university through the COVID-19 pandemic.

“My wife, Donna, and I appreciate the support and confidence from the Board of Trustees, and the collective efforts and support from our faculty and staff, who are dedicated to the students we serve,” said Whitt. “I look forward to continuing our work to advance the strategic plan and elevate the LR experience to a higher level of engagement and excellence.”

View More
A story of grace

Faith has always played a prominent role in Kristen Baker’s life, and the Lutheran Theological Southern Seminary continues to shape her faith and ministry. After working in corporate America for several years, yet feeling the call to ministry, Baker started classes in the Master of Divinity program in 2019.